THE HISTORY OF INDONESIA’S YOUNG HEROES FROM TIME TO TIME

According to the version of Tempo Magazine, Soekarno is one of the four founders of the Republic of Indonesia, with Mohammad Hatta, Sutan Sjahrir, and Tan Malaka. Soekarno’s views on national politics established him as one of Indonesia’s greatest thinkers. When Japan occupied Indonesia, Soekarno’s extreme posture with his non-cooperative approach altered. Soekarno’s soft and compromise attitude with Japan earned him the nickname “Japanese Kolabolator” from other movements that stayed committed to his non-cooperative tactics. In actuality, Soekarno and Hatta’s gentle approach is a strategy method that Sutan Sjahrir, Soekarno, and Hatta have prepared and agreed upon. In one night in July 1942, the three leaders of this movement gathered to divide duties in preparation for Japan’s arrival into Indonesia to replace the Dutch. All three decided that night: Soekarno and Mohammad Hatta would work with Japan, while Sutan Sjahrir would form the forces of anti-fascist resistance underground. AlsoTan Malaka was named a national hero by the Indonesian government in 1963 by Presidential Decree No. 53 of 1963, which was signed by President Soekarno on March 28, 1963. 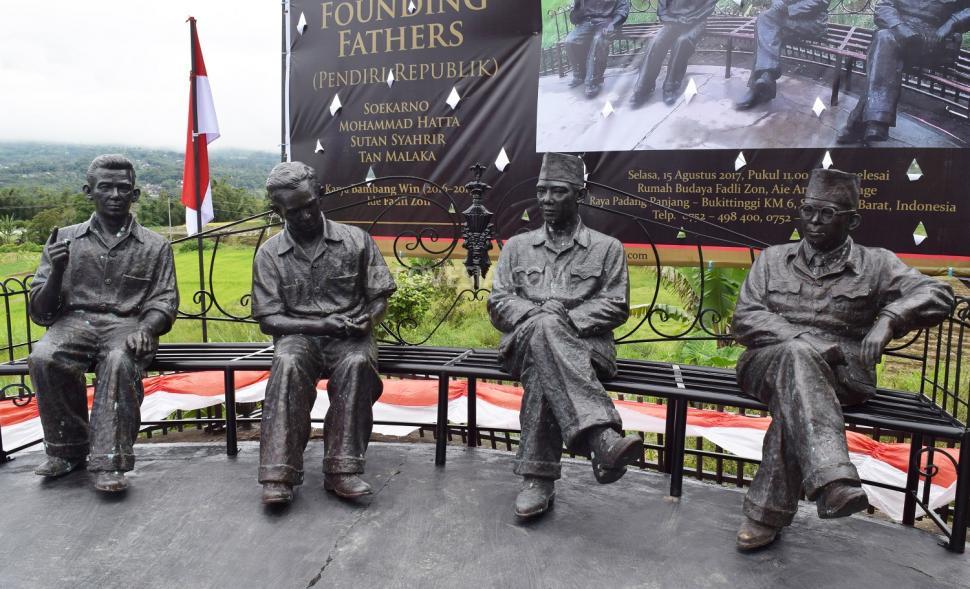 A new generation of nationalist youth took a more extreme position during the war for independence. Following the surrender of the Japanese Empire, which had colonized Indonesia at the time, on August 15, 1945, activist youth demanded that Soekarno declare independence immediately. They then kidnapped Soekarno and Mohammad Hatta in order to force the two wary leaders to declare independence, which they did on August 17.

They referred to themselves as pemuda (youth), emphasizing the importance of involving the rakyat (ordinary people) in the independence war and organized various struggle groups to lead the people’s battles for independence during the national revolution that followed. Pemuda, on the other hand, eventually relinquished command of the revolution to the Indonesian army. After that, the youth entered the national political arena.

The term mahasiswa was coined to describe educated adolescents (university student). National student organizations with tight ties to political parties were formed to institutionalize it. When the tide shifted against Soekarno after the failed coup of 1965, which the army, commanded by General Soeharto, blamed on Soekarno’s partner, the Communist Party, student organizations mobilized against him. In 1966, Mahasiswa became a member of the Indonesian Student Action Front (KAMI), which led enormous protests against the Communist Party and Soekarno’s administration for months. The transition to Soeharto’s New Order was aided by the student movement.

The idea of students as a moral force, motivated by historical and intellectual obligations to defend the underprivileged, became a reoccurring theme in student movements in the 1970s. Protests against Soeharto’s dictatorial leadership were violently suppressed during this time. Repression was veiled as widespread riots in 1974, which were blamed on student protests. The military attacked and occupied campuses that were thought to be hotbeds of student unrest in 1978. The student protests of the 1970s provided the framework for today’s fundamental critiques of authoritarianism and state-led crony capitalism. So, the emasculated label of mahasiswa was replaced by the role of aktifis in the late 1980s and early 1990s student movements (activist). The collective memory of “student struggle,” on the other hand, sparked widespread participation among students who had previously been politically inactive. Public expected these students to live up to their historical image as people’s protectors in times of crises. The student movement of 1998, as well as previous movements, has served as a blueprint for subsequent student movements fighting corruption, injustice, and dictatorship.

According to Muhammad Fajar, a PhD candidate in political science at Northwestern University in Illinois, United States. “The older political elites want to keep the younger generation in check,” Muhammad remarked. When the young criticize, the older generation tries to suppress them; when the young strive for gender equality, the older generation clings to patriarchy even tighter, he said. However, Muhammad warns that emphasizing the role of educated youth inhibits anyone outside of this socioeconomic group from participating in the struggle on an equal footing. “Defining young roles from the perspective of those who were there during historical events excludes those who did not participate, were left behind, or were marginalized from movements owing to a lack of access to education, jobs, and power,” Muhammad added. If there was anything to be learned from historical youth movements, Muhammad argued it was to be skeptical of the older generation. 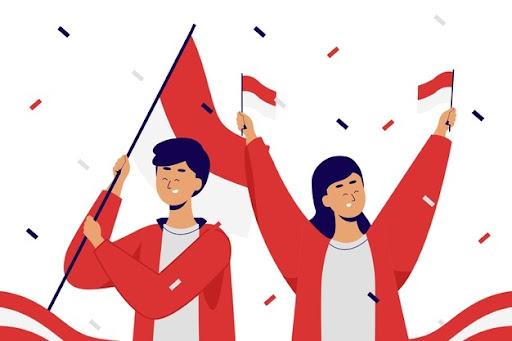 Today’s Indonesian youth movements are natural descendants of their forerunners. The youth have always played a pivotal and revolutionary role in the nation’s history. The youth movements battling against the established older generation are linked in records and references to the occasions when they reached critical junctures and struck new ground. As a result, there are references to youths from 1908, 1928, 1945, 1966, 1974, 1978, and, of course, 1998. Last years, the “largest student demonstration since 1998” was a nationwide wave of youth protests against a set of controversial measures.

Throughout Indonesia’s history, youth and student movements have contributed clear views of progressive change and how it might be achieved. And youth agency’s generational consciousness has proven to be a driving force for change. According to Yatun Sastramidjaja, assistant professor of anthropology at the University of Amsterdam in the Netherlands, “one constant motivator for young people throughout history has been their generational consciousness, they exemplify the belief that a progressive new age, a better Indonesia, is attainable, and that they have responsibility for leading the way in the ongoing struggle for a better future, And they’ve done it in inventive ways that correspond to the necessities of each historical period,”. Today’s youth are mainly driven by the same broader themes of political, social, economic, ecological, educational, racial, and gender justice everywhere, but they retain the collective desire for progressive change and collective power to strive for it. “This isn’t to say that today’s youth movements aren’t nationalist. Rather, it makes them all the more qualified to lead the Indonesian nation in new ways,” Yatun explained.

The Role of Youth for The Agent of Change

Become Fluent in the Indonesian Language with These 5 Tips!